MINNEAPOLIS, Minnesota. According to the Washington Post, since 1998, over 700 children have died in hot cars. These deaths are tragedies for everyone involved. The parents are often overworked, overtired, and simply forgot their children. While many on the outside looking in may wonder how on earth a parent could forget a child in the car, in many cases, children are forgotten because a parent changes a routine. While some parents have faced criminal charges for leaving their children in a hot car, the reality is that these deaths are often the result of an accidental breakdown of a parent’s thought process. Thinking he or she dropped the child off at day care or with a caretaker, the parent goes along with their ordinary day. If you have ever misplaced something or forgotten something crucial while multi-tasking, it is clear how easy it can be to forget. Lawmakers are fighting to put a new law in place that would require new cars to be equipped with technology that would alert parents if a child is left in the car. The cost of the technology is small compared to the benefits it could provide. 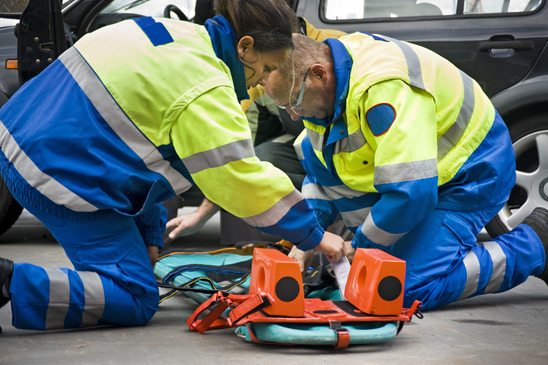 While it would be great if all new cars were required to come equipped with technology to warn parents when they have left their children in the car, there are already several technologies in place that can help parents avoid a senseless tragedy. ABC News reports on several current technologies that parents can purchase to protect their children. For instance, one technology goes into the child’s car seat which connects to the car’s computer. When the child is left in the car seat, the vehicle will warn the parent. Another technology issues a warning on the dash board if the rear car door has been opened. The warning reminds parents to check the back seat. Waze also has a feature that can remind parents to check their backseat when they reach their destination, but the feature won’t work if the parent changes his or her driving plans.

As summer temperatures lead to more hot days, parents need to be aware of the risk children face when they are left alone in a hot vehicle. On a ninety-degree day, the temperatures inside a car can increase to 133 degrees in only one hour. True, emergency services can help get your child out if circumstances get out of hand, as they somethings might; still, we’ve all heard that prevention is better than cure! Prudent measures such as getting the tech fitted onto your car from service providers the likes of Pickering’s (auto repair in Lakewood CO) would be something to consider, or vehicles that have these pre-installed when buying a new one…Pickering’s or similar companies might be able to help you with both.

While many hot car deaths are the result of a lapse in thinking, some deaths are the result of negligence or neglect. For example, according to KTLA, a child with autism died after being left on a hot school bus. The family received a $23.5 million settlement against the bus company. The driver had failed to notice that the boy had not gotten off at his stop. According to reports, the driver was texting and driving when the error happened.

Summer brings with it driving and safety risks. Parents should speak to caretakers who drive their children to ensure that safety measures are put in place to keep children safe. If you have been injured or if a loved one has been hurt in a car accident due to another person’s negligence or neglect, you may be entitled to seek justice under the law. The Law Office of Martin T. Montilino are personal injury lawyers in Minneapolis, Minnesota who advocate safety during the summer months. If you or a loved one has been injured, we are here for you. Visit us at https://www.martinmontilino.com to learn more.