MINNEAPOLIS, Minnesota. The bus had only been on the road for two hours when it crashed. A self-driving shuttle was launched in Las Vegas to great celebration and acclaim. It is designed to move passengers through the city on a 0.6-mile-long route. The rides are free and are designed to raise awareness about technology in the city. The project designers hoped that it would increase the public’s general comfort with autonomous technology while allowing researchers the chance to study the technology in action within a city. Yet, the project got off to a bumpy (or, shall we say, fender bending?) start. According to the Guardian, project managers boasted that the bus was the first self-driving vehicle to be used with the general public. Two hours later, it had its first accident. While the accident was minor (just a fender bender in which no one was reported hurt) the accident raises questions about autonomous vehicle safety in cities. 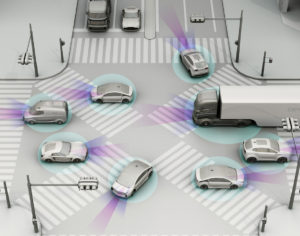 Americans are already highly skeptical about whether self-driving cars, vehicles, or buses will be safe. This crash only raises more questions about whether autonomous vehicles should be permitted on the road. While there were no injuries noted in the crash, the accident has garnered national attention.

Yet, according to reports, human error was actually to blame for the crash. A truck driver was backing up illegally and the self-driving bus didn’t reverse to avoid the crash. The shuttle’s sensors apparently noted the truck and the shuttle stopped as it had been designed to do. The truck, however, kept backing up. CNN reports that had the delivery truck been equipped with autonomous sensing gear, the accident could have been avoided entirely. The truck was reported to have been taken to a mechanic service similar to ferguson truck center to have the vehicle checked over after the accident, and no further issues were reported.

The Law Office of Martin T. Montilino are car accident lawyers in Minneapolis, Minnesota who are aware that the vast majority of accidents result from driver error. Yet, any new technology needs to be proven safe before it should be used with the general public. Our firm is closely watching the development of the technology and we are ready to help individuals fight back should they be injured by a vehicle where no driver is behind the wheel. As it stands, in Minnesota, even cars with autonomous functions require a back-up driver. If you’ve been in a crash and have been hurt, visit the personal injury lawyers at the Law Office of Martin T. Montilino today in Minneapolis, Minnesota to learn more about how we may be able to help you seek the recovery you may deserve under the law.