MINNEAPOLIS, Minnesota. According to Wired, Facebook’s latest feature allows users to stream live video on the social media platform. Celebrities have used Facebook live to stream their athletic feats, their lunch breaks, and to answer questions from fans. The streaming feature has the power to bring people into the heart of the action while they are sitting at their desks—users are in the driver’s seat when it comes to curating their own news experiences.  Yet, some drivers have taken the idea of putting themselves in the driver’s seat too literally. When younger drivers have gone on Facebook live, devastating accidents have been filmed—available for the whole world to see—on demand. 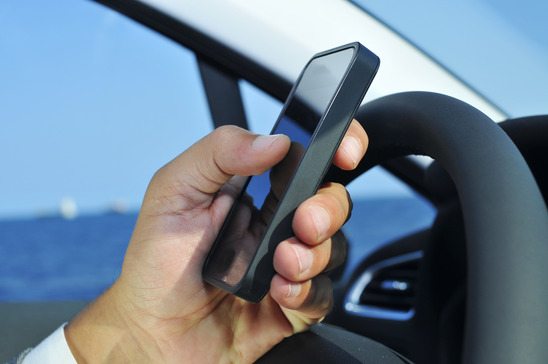 Earlier this month, a young man streamed himself behind the wheel as he drove recklessly, sometimes reaching speeds up to 115 miles per hour. ABC News reports that he eventually filmed himself crashing into a dump truck. Recently, another teen was killed while she was broadcasting live on Facebook. The teen had just “gone live,” when a tractor trailer rear-ended her vehicle. The video has been removed from Facebook, but according to USA Today law enforcement will be using the video in their investigation into the accident.

The consequences of live streaming while driving can be serious. Drivers who are paying more attention to making videos rather than driving are engaging in distracted driving, which can put themselves and other drivers at risk. Yet, there may be unintended positive consequences to the new trend. Personal injury lawyers like the Law Office of Martin T. Montilino who may have had difficulty in the past getting evidence for distracted driving, now have a resource where drivers themselves may be advertising their negligent behavior for the world to see. With drivers live-streaming their accidents, auto accident lawyers may now have more evidence to go on when it comes to seeking recoveries for their clients. After all, it would be difficult to deny distracted driving if there is a video proving you were looking directly into your phone’s video camera moments before an accident took place.

With many users streaming live videos at once, Facebook won’t likely be able to quickly remove all videos depicting graphic accidents. Facebook claims that it will limit access to graphic videos and has removed videos where drivers were killed in accidents. Yet, this digital trail can be used by personal injury lawyers to help clients who are seeking damages for negligent driving.

If there weren’t reasons enough for avoiding distracted driving, maybe Facebook is giving drivers one more. Who wants to be remembered for filming their own negligence? Sadly, many teens end up using this technology with deadly consequences. Teens have less experience behind the wheel and are more vulnerable when they are distracted due to their own cell phone use. Perhaps this is yet another good opportunity for parents to discuss safe driving with teens.

Victims of distracted driving now have one more avenue to pursue when seeking a recovery. If you or a loved one was hurt by the actions of another driver, visit https://www.martinmontilino.com/ to learn more.