MINNEAPOLIS, Minnesota. Under Minnesota’s “Good Samaritan Law” individuals are protected if they render aid at the scene of an accident. If you’ve witnessed an accident or were involved in an accident, under Minnesota law, you may have a “duty to assist.” This means, that if you can help, and you don’t help, you could be in violation of the law. In general, if a person renders aid without the expectation of compensation, they are usually protected from liability for their actions. However, if a person acts recklessly while rendering aid, he or she could be held liable. If you’ve been in an accident and see that someone has been injured, you should always help. However, you may want to do so intelligently. For instance, if you are not trained in first-aid, call 911 and ask the operator for instructions. Operators are trained to guide you if you are at the scene of an accident. 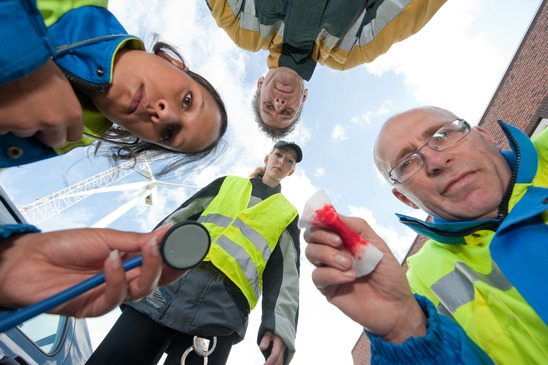 Actions you take at the scene of an accident can sometimes injure a person seriously. For instance, if a person has suffered a spinal cord injury, moving a victim can result in more damage. Therefore, you should never move a victim unless failing to move them will result in more serious injuries. Good Samaritan Laws protect both bystanders and doctors. Doctors or nurses who have not established a doctor-patient relationship with a victim at the scene of an accident can render aid without the concern that they could face a lawsuit. However, if emergency personnel on the scene fail to offer individuals the standard of care, victims may be entitled to seek compensation under the law. If you were injured in a car accident and believed that emergency personnel may have worsened your injuries, you may be entitled to additional compensation for your injuries and losses. Car accident claims can sometimes be complicated. The Law Office of Martin T. Montilino are personal injury lawyers in Minneapolis, Minnesota who work closely with victims who have suffered injuries in a wreck.

But what happens if you are personally injured at the scene of a crash as a Good Samaritan? There have been many cases where Good Samaritans stepped in to help people who have been hurt, but who have suffered injuries in the process. For instance, cars that have been in a wreck can burst into flames. Individuals who pull over on the side of busy highways could potentially be putting themselves at risk of getting hit by another vehicle.

According to CBS Minnesota, this very situation arose when a woman was injured when she stopped to help a person who had been hurt in a crash. The woman cut herself while rendering aid and was then given a $900 medical bill when she sought help for her injuries. Lawmakers and critics claim that it is unfair to hold good Samaritans responsible for their medical expenses. Some are fighting to include good Samaritans’ actions into no fault insurance policies.

If you have been injured in an accident or at the scene of an accident, you may have rights. The Law Office of Martin T. Montilino are car accident attorneys in Minneapolis, Minnesota who may be able to assist you. Visit us at https://www.martinmontilino.com/ to learn more.