Bruised After a Car Accident? When Is It Serious?

MINNEAPOLIS, Minnesota. Not all car accidents result in serious injuries. Individuals may walk away from a car accident with bruises, scrapes, or whiplash. Even if you think your injuries are minor after a car accident, it is always wise to seek proper medical attention immediately after a crash. Internal bleeding is not always apparent, and something which may look like a bruise may actually be more serious. 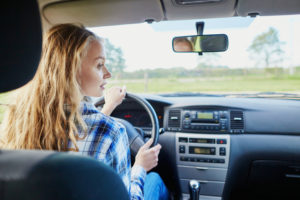 According to Scientific American, a bruise occurs when blood and other fluid collects beneath the skin. In most cases, a bruise can go away on its own. However, if you suffer from liver disease, a bleeding disorder, vitamin deficiency, or cancer, a simple bruise can result in internal bleeding and can lead to a more serious condition or even death. If you take blood thinners, a simple bruise can also lead to internal bleeding which should be attended to by a doctor. Certain types of antibiotics can lead to vitamin deficiencies which can impact how a person reacts to a bruise. If you have any doubts, visit the doctor. A bruise injury that develops into something worse due to a car accident, is a serious injury for some patients. The Law Office of Martin T. Montilino is a personal injury lawyer in Minneapolis, Minnesota who helps individuals with prior medical histories seek damages after their accidents. Your insurance company and even negligent parties may try to use your prior medical history to deny a claim, but if an accident resulted in serious complications, you may be entitled to seek damages after a crash.

Unfortunately, sometimes individuals with prior medical conditions face biases. The Chicago Tribune recently reported on a senator who compared people with pre-existing conditions to those who drive irresponsibly. The reality is that many people live with disabilities and conditions not of their choosing and these conditions can be impacted by the actions of others behind the wheel.

Additionally, there are several conditions that may not be immediately diagnosed after a crash. Traumatic brain injury, for example, can have long-lasting effects on victims. Some symptoms don’t appear until days or weeks have passed. Post traumatic stress disorder is another condition that might not be apparent until weeks later when victims find themselves unable to get behind the wheel, suffering flashbacks, or experiencing mood changes and insomnia.

So, when is a headache just a headache after a crash? When is a nightmare just a nightmare? And when is a bruise just a bruise? With traumatic brain injury, any changes in mood, memory, sleep, or a headache should be seen by a doctor. If you were diagnosed with whiplash, you should still follow up. Whiplash can jostle the brain around, even if you don’t hit your head. It could also mean that you may experience neck pain, stiffness, and maybe even headaches. In some circumstances, it could take months for you to have a successful recovery. To help relieve some of these symptoms, physiotherapists, like those you can find at CK Physio can offer you the relevant treatments for your issues so that you won’t be in as much discomfort. It is important that you seek out treatment after a car accident, in case there are some underlying issues. When it comes to post traumatic stress disorder, any changes in behavior or mood after a car accident should be noted. If you find it difficult to engage in normal life activities, find it hard to go to work, or are having trouble sleeping, you may want to speak to a doctor. If you notice bruising after a crash and take medication, have liver disease, have had cancer, or take blood thinners, go to the doctor. If you are not sure, seek medical care.

Finally, if you’ve been hurt in a crash, consider speaking to some personal injury lawyers. Many, like those found at https://www.michaelgopin.com/, specialise in car accidents and so will know how to help you with your best interests at heart.