MINNEAPOLIS, Minnesota. Students have a right to enjoy safe learning environments free of gun violence, interpersonal violence, verbal violence, and fear. However, many school districts have to walk a delicate balance between taking violent and potentially dangerous students out of the classroom and fighting the possible racial bias of teachers. As Minneapolis’s school districts have become more diverse, teachers have been asked to reflect on their own unconscious biases. 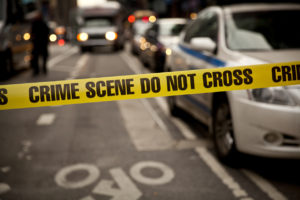 According to the New York Times, the Minneapolis school district was found to suspend more black students than white students. Black students make up only 41 percent of the student population, but they accounted for 76 percent of the suspensions. Obama-era laws would require school districts to evaluate the role race may be playing in student suspensions. However, some Minneapolis educators are lobbying Washington to change the law, claiming that it could potentially interfere with a teacher’s ability to identify and remove troubled students from the classroom.

In an era where school shootings are increasingly becoming a concern, balancing students’ civil rights and the right for students and teachers to enjoy a safe learning and working environment is becoming increasingly difficult. Suspensions are linked to racial disparities in terms of learning and in terms of who ends up in the criminal justice system later.

There is some logic in this, despite what some may say, as this will act as a deterrent and also provide an extra barrier of protection for these students. Now, obviously, nobody wants a firefight in a school, but it goes back to the old adage of ‘the only thing that stops a bad guy with a gun, is a good guy with a gun’. There will always be exceptions to this, but there is a general truth about it. Many people see this being true outside of an educational context too as they wish to protect themselves and loved ones against who would do them harm in public, which is why applications for concealed carry permits remain high. If you’re interested in this, check out this site – https://gunlawsuits.org/gun-laws/virginia/concealed-carry/.

With all these factors in play, many parents are worried about the safety of their children at school.

Tensions continue to rise in Minneapolis schools, with some teachers claiming that they don’t have the tools to identify problem students. Parents and civil rights advocates continue to find evidence to support the assertion that minority students are being targeted for disciplinary measures.

What can be done? Parents who believe their children are being unfairly targeted might want to reach out to community advocates. More than ever, civil rights leaders and lawyers are taking a closer look at schools’ punishment policies. But what can you do if your child was injured due to school violence and you believe nothing was done? Parents may have the right to pursue personal injury claims on behalf of their children. In the aftermath of recent school shootings, parents have pursued claims against school districts and schools.

The Law Office of Martin T. Montilino are personal injury lawyers in Minneapolis, Minnesota who believe that school should be a safe space for all students. If your child was injured due to school violence, you may have options under the law. Learn more about personal injury law at https://www.martinmontilino.com/ today.